Durham Tees Valley Airport has unveiled its top management and oversight team after announcing two key hires today. The appointments include Phil Foster, who has joined as Head of Airport Development from Leeds Bradford Airport, and David Soley – Chairman of Cameron’s Brewery in Hartlepool – who has become Non-Executive Chairman of the airport company, an unpaid position.

The moves, overseen by Tees Valley Mayor Ben Houchen, bring more experience to the airport and its oversight just weeks after the airport was brought back under public ownership and following the appointment of Stobart Group as airport operator in March.

Ben Houchen, Tees Valley Mayor, said: “If we’re going to make our airport the success we know it can be, we need the right team in place who are ready for the fight ahead.

“In addition to our partnership with Stobart Group, we’re bulking up the airport’s management team to properly deliver our 10 Year Rescue Plan to create more jobs, secure more flights and safeguard our airport’s future for generations to come.

“Working with our fantastic existing airport staff, our new management team will work hand-in-glove with Stobart Group to utilise their unrivalled experience in aviation and strong relationships with major airlines to make our airport fly again.”

Kate Willard, Director of Partnership Development at Stobart Group, said: “We are delighted to be working with the airport, The Mayor, and this very experienced and strong management and oversight team.  We believe Stobart’s industrial heritage, experience and credibility will help boost the airport.”

Glyn has been the CEO of Stobart Group’s aviation division for more than three years, where he is responsible for the development and operations of London Southend Airport, Carlisle Lake District Airport, a 129-bed four-star Holiday Inn and other division assets. Under his watch, London Southend Airport has seen record passenger growth, and has been consecutively named London’s best airport by consumer group Which?.

Kate has been at Stobart Group for more than 10 years. As a member of the company’s Executive Board, she manages Group relations with government at national, regional and local level across the UK. She also leads on complex cross-divisional projects, including the re-launch of Carlisle Lake District Airport and other infrastructure projects.

Kate is passionate about the skills agenda and loves making sure that Stobart is helping grow and build local economies to the benefit of local communities. Beyond Stobart, Kate chairs Arts Council North and sits on national Council. She is a lover of travel, good food and wine and new adventures!

Born and residing in Darlington, David trained as a Chartered Management Accountant and joined Whessoe during the commencement of the UK offshore oil and gas development, before joining Press Offshore Group as Financial Controller and becoming Group Chief Executive.David subsequently formed Davy Offshore in Teesside before moving into the hospitality business in 1998, buying Castle Eden Brewery and then Cameron’s Brewery in Hartlepool, which, in addition to brewing, kegging and bottling at its historic Lion Brewery site, has a growing portfolio of pubs across the UK.

David has maintained his interest in the offshore industry and was previously Chairman of The Wilton Group overseeing major expansion and is a consultant to a number of local companies. He recently formed a diamond wire cutting business for the offshore de-commissioning industry and is involved in property development.

Before moving to the TVCA, Phil served as Head of Aviation Development at Leeds Bradford Airport for more than two years. Phil led the airport’s public affairs strategy, including lobbying on aviation strategy and capacity and was heavily involved in the airport’s aeronautical and commercial operation, aimed to put customer experience at the heart of the business strategy while boosting the airport’s international connectivity.

He previously worked for Sky News as a reporter and as a media and public affairs manager for Newcastle International Airport.

Alison is a senior executive with extensive public and private sector commercial experience. She has worked as Director of Investment at the TVCA for more than two years, and was an integral part of the officer team that negotiated DTVA’s return to public ownership. Alison manages the mayoral authority’s extensive and innovative £588m Investment Plan.

She is also a Non-Executive of Sunderland-based housing association Gentoo Group, whilst working as an Advisory Board Member at The Experience Bank, which brings skilled Non-Executive Directors and business owners together.

Alison is formerly Director of Commercial Development with Sunderland City Council, where she was recruited to bring public and private sector commercial, procurement and contract management expertise to the City. Before that, Alison was Assistant Director of Capital Investment at Newcastle City Council, having made the transition to the public sector in 2005 from the legal world, where she was a Partner and Head of Commercial Team at solicitors Dickinson Dees. 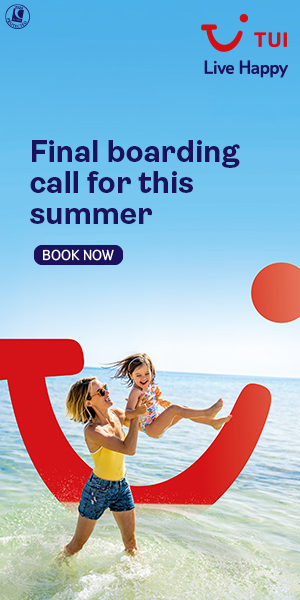