Strategically positioned within the Tees Valley in the North East of England, Teesside International Airport Business Park is perfectly placed for investment and commercial activity.

Close to equidistant between Leeds and Newcastle, the region’s excellent connectivity means all corners of the UK are within immediate reach, as well as further afield via the revitalised airport. 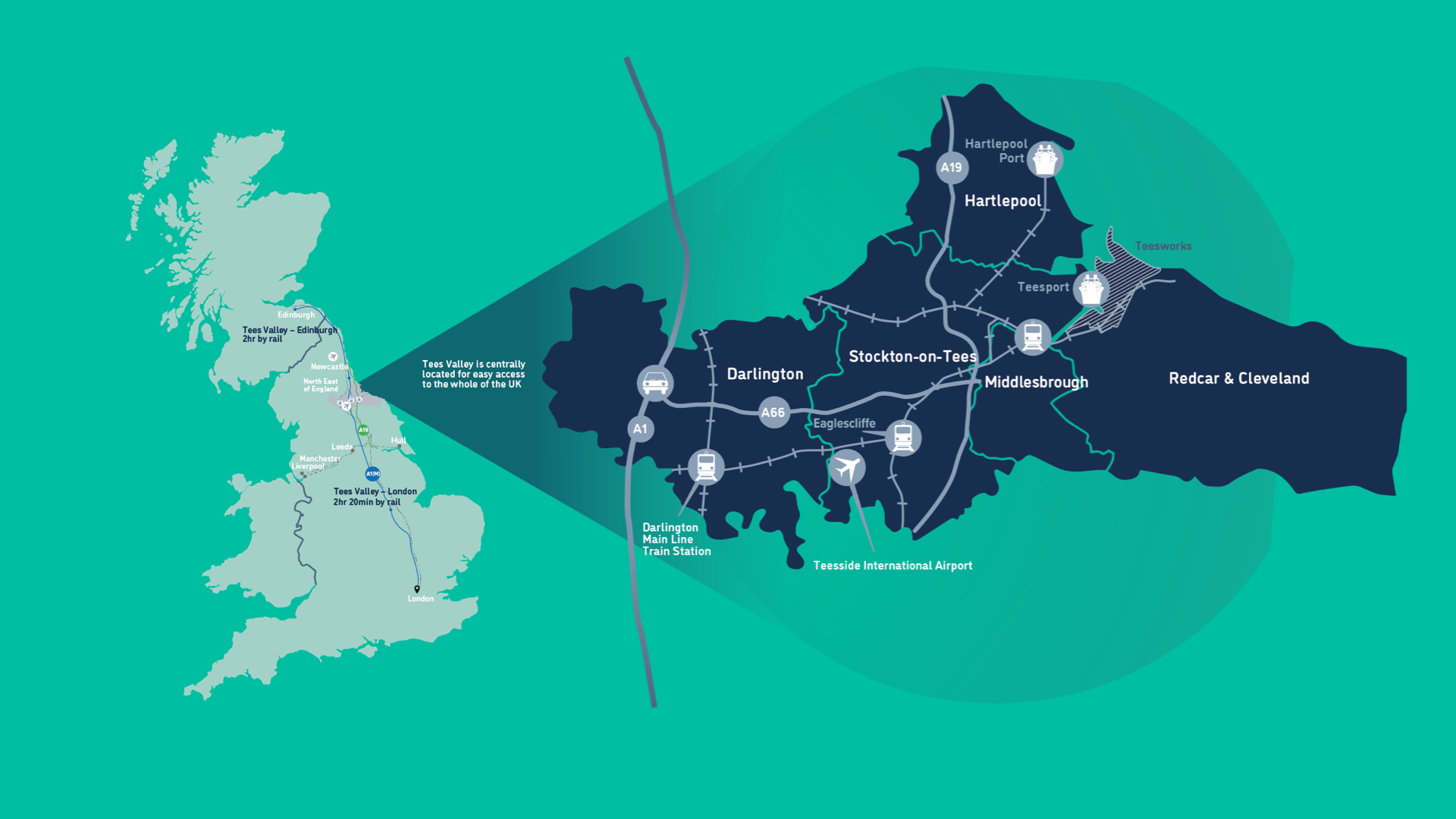 The economic centres of the North, Midlands and South can be reached with ease, thanks to swift access to the road network. Opportunities for onsite freight links are boosted by direct connections to the regional rail system which are set to be upgraded and enhanced. From Darlington, the East Coast Main Line takes you to central London in less than two and a half hours. Edinburgh is closer still, while there’s easy access to York, Manchester and Birmingham.

Direct flights to Amsterdam Schiphol and Aberdeen, unlocking global destinations, trade hubs and the offshore industry
Half-hourly trains connect to central London in just over two hours
Excellent access to regional and national markets via the A19, A1(M) and A66

It’s not just infrastructure where Teesside International Airport Business Park is leading the way. With nearly 99% fibre broadband coverage, the region also has some of the best digital connectivity in the UK.

Broadband download speeds are considerably higher than the national average, with speeds in the Tees Valley at 98 Mbit/s compared to 69 Mbit/s across the UK. Equally, the North East has high rates of superfast connectivity, exceeding those in London and other Northern regions.

Do you want to know more about how your business could take off at Teesside International Airport?