Teesside International has today (July 6) restored its links with London for the first time in more than a decade, as flights to new destinations depart during the phased reopening of the airport.

The first flight to London City Airport took to the skies at 7.15am, with the maiden flight to popular tourist destination Newquay departing three-and-a-half hours later.

Eastern Airways’ route to the capital will run daily between Monday to Friday, returning to a twice-daily route on Tuesdays, Wednesdays and Thursdays as soon as demand strengthens. The Newquay flights run once a day on Mondays and Fridays, giving local people the option of week-long or weekend staycations at the holiday hotspot.

The new flights come following the relaunch of daily flights to Aberdeen and Belfast City following the airport’s closure due to the coronavirus pandemic. KLM Royal Dutch Airlines has also announced it will be restarting its route to Amsterdam Schiphol on 3 August, initially for once-daily flights, moving to three-times daily as the market allows.

The airport continues to be in discussions with airline operators on the roll-out of further flights soon.

Here’s what some of our first passengers on the London City flight had to say:

Tees Valley Mayor Ben Houchen said: “It’s fantastic to see another set of flights depart as we continue to reopen the airport to passengers after an uncertain time.

“With these routes, we’re reconnecting Teesside, Darlington and Hartlepool with London for business after years of not having this most crucial of flights departing from our airport. The investment that will come as part of my plan for jobs won’t come into our area on a bus, it will come through our airport terminal, creating good-quality well paid jobs for local workers. Today’s launch will make our ties with the capital stronger than ever as we look to recover our economy following the coronavirus pandemic.

“We’re also doing something for local people looking for a break now that lockdown restrictions are easing. These regular flights to the hugely popular Cornwall town of Newquay will let people get to the South-West’s sandy beaches in next to no time.

“It has been a difficult few months, but our airport is once again gaining traction to deliver more new routes for local people and exciting opportunities for businesses already located here, or those looking to come to the area, which will be crucial in my jobs plan for the region.”

Roger Hage, General Manager Commercial & Operations for Eastern Airways, said: “We are delighted to finally get London connected again to Teesside and restore one of the most important links with the new London City service. With the addition of Newquay also, our partnership with Teesside Airport is beginning to help increase accessibility for the region and help the economic regeneration that all welcome. Connecting regional airports as the UK’s regional airline is what we and the team at Teesside are both focused on developing.”

Richard Hill, Chief Commercial Officer at London City Airport said: “This route to Teesside is further evidence that London City is best positioned to connect the capital to UK regions. The team at Teesside have been brilliant partners and we look forward to working with them to promote this service as the best way to do business in London and quickest, and most cost effective, way to discover the tourism gems of Yorkshire and the North-East.”

Pete Downes, Managing Director at Cornwall Airport Newquay, said: “Air connectivity between the North-East and the South-West is vital for business and leisure travel, given the distances and journey times required by any other means. As Cornwall begins to reopen, this important new route has launched at the perfect time for us to welcome visitors from Teesside and the wider region this summer, as well as supporting growth in business links between two UK regions packed with potential.” 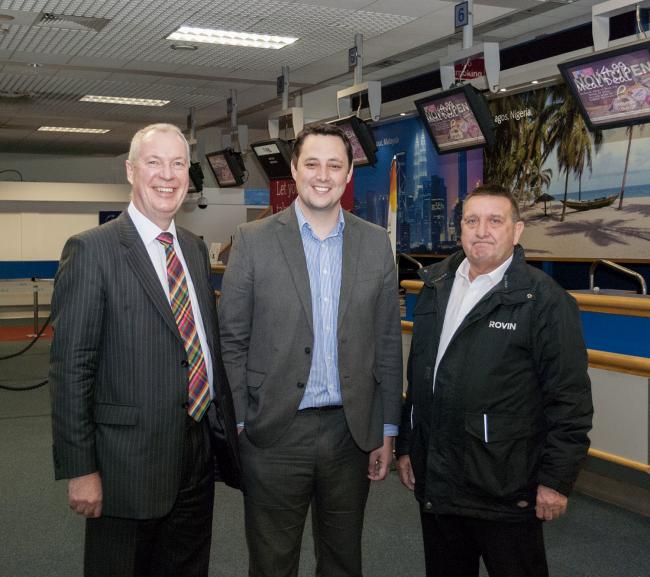